We’re currently working on an experiment on one of the EDF campuses in France, the EDF Lab Les Renardières.

In it, CitHy L will deliver parcels to EDF’s employees who are working on site. The goal of the experiment is to automate and speed up deliveries, provide a more convenient solution to both employees and logistics operators, increase productivity, and improve employee satisfaction. The same robot will also assist in the campus’ surveillance at night, and will be able to detect unusual activity and potential security threats. 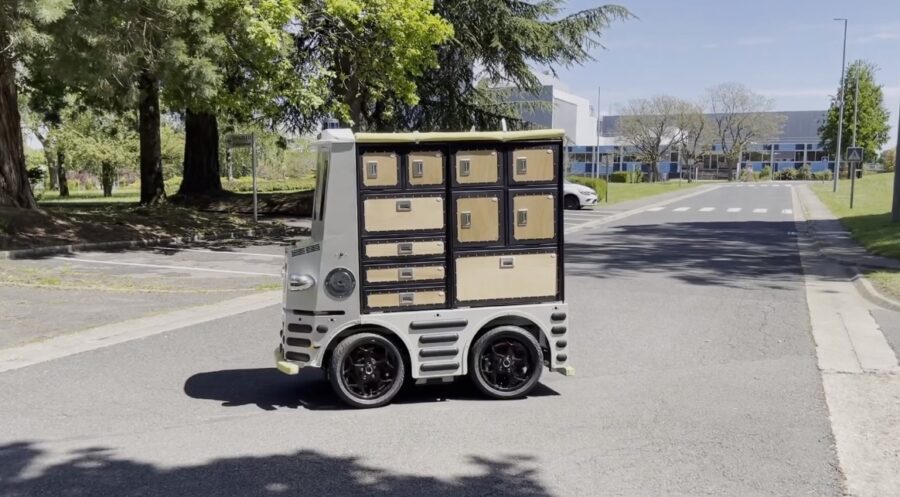 One of the objectives of this experiment is also to be the first in Europe to run a long-lasting daily operational solution for autonomous parcel deliveries on an industrial site. Based on EDF’s needs and the results and KPIs from the experiment, this solution could then be scaled and implemented at other locations.

In this article, we’ll look at the two distinct use cases, EDF’s needs, as well as the experiment’s objectives, technical details, and the delivery process.

For this experiment, there are two distinct use cases:

EDF’s logistics provider is currently handling approx. 60 parcel deliveries daily on the site. EDF is looking for a way to improve on-site parcel deliveries, and test different smart city solutions that can:

An autonomous logistics solution will streamline the delivery service, making it more convenient for both the logistics provider and EDF’s employees by:

As a result, this will help improve efficiency, productivity, and employee satisfaction.

Once the logistics solution is set up, we’ll also work on developing an autonomous surveillance solution: the same robot that will be used for deliveries at daytime will monitor the campus at night.

Turning the daily logistic service into a night surveillance patrol bring the following values for EDF and our customers:

The objective of the experiment is to provide a scalable autonomous solution for both of those needs in an industrial setting, which could then be implemented on different campuses (of both EDF and their partners and clients).

Besides that, the EDF R&D team is also looking to test the possibility of using inductive charging on autonomous robots and vehicles.

To detect other traffic participants, obstacles or any unusual activity that could pose a threat to the security of the campus, the robot is equipped with a lidar, multiple cameras, including an infrared camera, and ultrasonic sensors.

At daytime, the robot will do multiple rounds and will handle approximately 60 parcel deliveries per day. It has lockers of different sizes, between 10 and 115 liters, and the maximum weight of each parcel is 25 kg.

It’s programmed to always give way to other participants in traffic, and if it encounters an obstacle that it cannot overcome, a human operator (safety driver) will take over and control it. The safety driver will also assist the robot (from a distance) with road crossings and other difficulties, and will make sure the robot is moving safely. 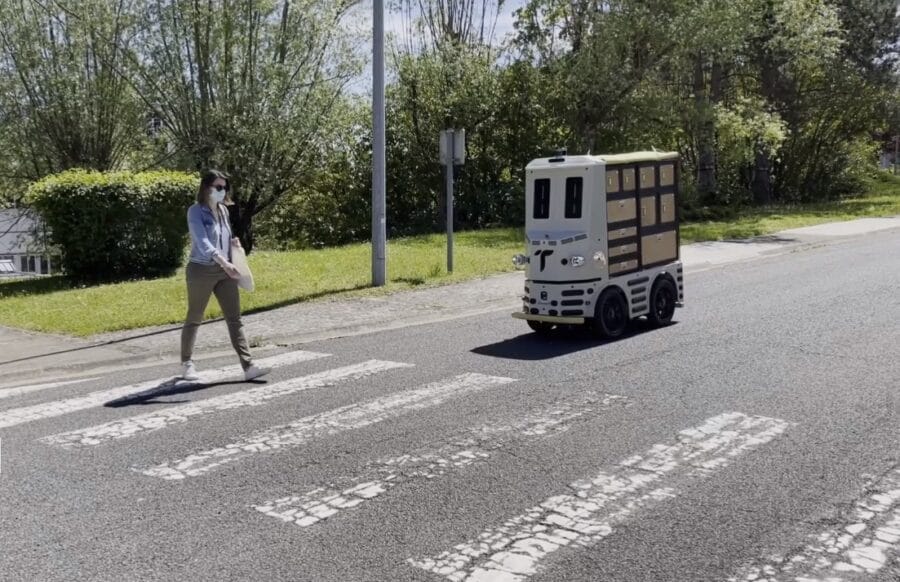 On site, it can also encounter the following obstacles:

At night, the robot will monitor the campus by doing multiple rounds on its territory. It’ll alert the security personnel if it detects unusual activity or potential security threats. It also records videos that’ll allow detailed inspection if necessary.

Once the logistics provider receives all parcels for the day, they’ll sort the ones that can be delivered by the robot (i.e. that fit in the lockers and that are not heavier than 25 kg).

Each recipient then receives an email asking them whether they want their parcel delivered by an autonomous robot in front of the building where they work. If yes, they can book a time slot for the delivery.

Based on the different slots that are booked and on the location of each building, the robot’s route is optimized, and the operator receives all necessary information on how to load the robot (i.e. on which parcel to put in which locker). The robot will then begin its round.

Five minutes before it arrives at its destination, the robot will send a message to the recipient; once it’s there, it’ll send another message, with a PIN code that unlocks the locker. 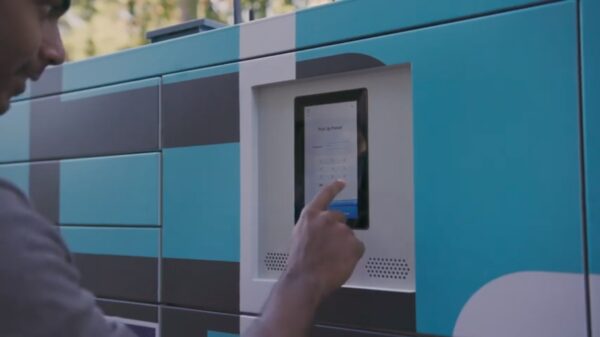 The recipient can then find the robot in front of the building and use the code to access their parcel. If the person is not available at that exact moment (f.e. if they’re in a meeting), they’ll have the option to reschedule the delivery by 15-20 minutes, or to the robot’s next round.

This makes deliveries more efficient and convenient for everyone involved, and especially for EDF’s employees: instead of having to drive to the warehouse to receive a parcel, they’ll receive it delivered to their building.

Currently, the experiment is in its implementation phase, which will be followed by a deployment phase in late August 2021. As all campuses are privately owned, the robot doesn’t need additional permissions to operate in public areas.

The solution that LMAD has designed is very versatile and can be easily adapted to different use cases (in this instance, delivery and surveillance). It’s scalable and can be implemented at different sites of both EDF and their partners.