Autonomous delivery legislation in the EU and in the US

The technology behind last mile autonomous deliveries is making huge leaps forward, but the legislative infrastructure to support and enable these solutions is still incomplete in many parts of the world.

We can break them down into concerns about:

The challenges are complex and multifaceted, and even in countries where they have been partially addressed, legislation rarely covers all aspects of autonomous delivery.

Delivery robots need to share the pathways or roads with other vehicles, devices and people. Because of this, for the moment it’s easier to get the necessary administrative permissions to deploy them either in urban areas that are somewhat less densely populated, or in closed campuses where obstacles and moving objects are easier to anticipate.

In our own experiments, we’ve been testing LMAD’s solution in both types of environments. In our latest experiment in Helsinki, Finland, we’ve tested our robot in a denser urban area, Jätkäsaari.

The legal framework of autonomous delivery in the EU

In the European Union, at the moment there are no specific high-level regulations for logistics robots in the public space. As a result, the possibilities for testing, experimentation and deployment vary widely from country to country. At the moment, for us at LMAD it’s easier and faster to do pilot experiments in public areas in Finland, rather than in France, where we’re restricted to private campus areas. 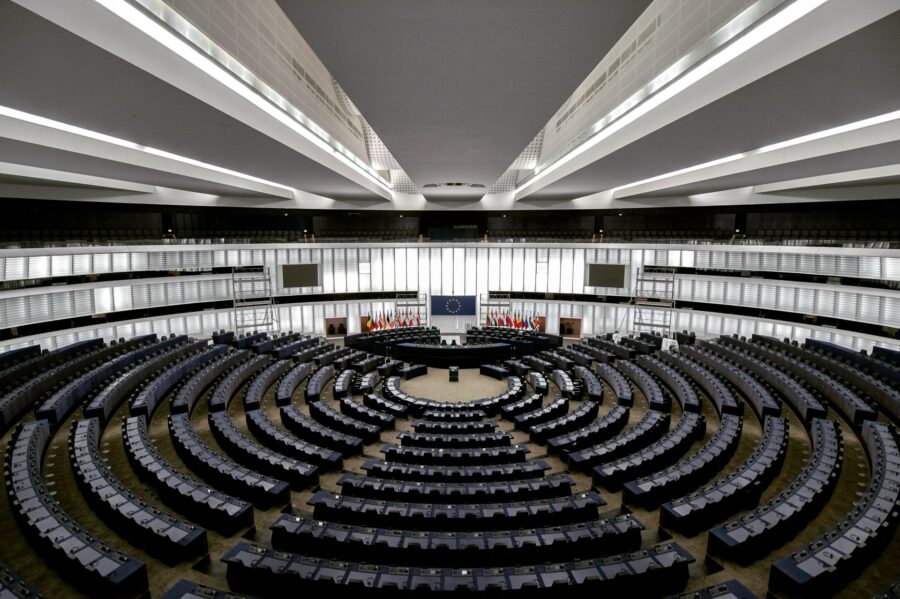 A big part of Europe’s urban areas are densely populated, which is a key factor in this equation. Local and governmental authorities are often hesitant to grant access to autonomous delivery robots in big cities and city centers. This is not only specific for Europe, though: in 2019, when FedEx deployed their first delivery robots in New York for test runs, tensions quickly rose with the city’s authorities, and especially with NYC’s Mayor Bill de Blasio.

At the moment, the legislative framework authorizing experimentation and use is the primary limiting factor in deploying last mile autonomous solutions at scale in the EU. Nevertheless, the latter is rapidly developing, both on a French and on an EU level. We expect to see the first services in continuous experimentation in the next 2 years, and the first fully operational commercial solutions to be deployed shortly thereafter.

Some countries allow for autonomous vehicle testing if a person is available and can take over the control of it, if needed, such as Estonia, Austria, and Poland.

Lithuania, on the other hand, has adopted a more permissive stance. There, driverless testing of autonomous vehicles is possible and encouraged to attract tech companies and enable them to test and deploy solutions in its territory. Autonomous robots do not necessarily fall in the same category, but they’re expected to progressively be included when addressing the legal challenges of autonomous vehicles’ testing and use.

In France, to conduct experiments in public areas, it is necessary to obtain several authorizations from:

However, a breakthrough is becoming possible with the recently approved “LOM” law (“Loi d’orientation des mobilités”, or Mobilities’ Orientation Law). In 2020, it allowed deploying autonomous shuttle experiments, with a specific decree for delivery robots, thus speeding up the launch of experiments of delivery solutions. In 2022, the same framework was voted to allow the movement of autonomous vehicles and the commercialization of robot and droid delivery solutions.

Level-4 autonomous vehicles can now operate on French public roads under certain conditions and can transport both goods and passengers, as a part of a public or a private network, either with direct supervision or under remote control.

This is an important step in the development of the autonomous mobility market: Because of the evolution of the legislative framework (in France and elsewhere in the EU), the market is entering a more mature phase and attracting more and more interest and investments. This is also why now is the best time to start conducting your first experiments with autonomous delivery robots, a topic we’ve extensilvely discussed in our last article.

This opens the doors for the future deployment of autonomous delivery systems in France – and LMAD is proud to be among the first companies working towards making such deployments possible.

The legal framework of autonomous delivery in the United States

In the United States, some of the major players in the robotics sector have been authorized to deploy delivery vehicles commercially, often by the thousands. It’s clear that the States are ahead of Europe because of the earlier deployment of experimentation and commercial operations in recent years, favored by:

In the US, the deployment and use of personal delivery devices (PDD) is regulated and approved in several states. PDDs are defined as autonomous devices (including delivery robots) used to transport goods, usually for the last mile of the supply chain.

Virginia was the first state to regulate the use of PDDs in 2017. Since then, other states, such as Florida, Colorado, Texas, Washington, Idaho, Wisconsin, Ohio, Utah, and Arizona, among others, have followed suit and passed legislation regulating autonomous delivery. In most instances, specific weight and speed restrictions are defined. For example, in Arizona and in Washington, the weight limit of delivery robots is set at 120 pounds (approx. 55 kg). Most states have set the maximum speed on sidewalks to 10 or 12 mph (16-19 km/h). Robots can usually operate on sidewalks, but sometimes they can also use the side of the road.

As we can see, the legislation in the US regulates the actual specifics of autonomous delivery devices, and not only their presence. This shows an overall preparedness to accommodate autonomous robots as participants in traffic, and allocate resources to meeting legislative challenges. It also means that companies can adapt to specific restrictions and conditions that are well-defined and transparent. Of course, not all states have adopted such legislation, and companies have to take into consideration the fact that each state regulates PDDs differently. This complicates large-scale deployment at a national level.

As is often the case with new technologies, legislation is lagging behind the technological side of progress. In the US, testing and deployment have been possible for a few years now, while in Europe, legislation is slowly making way for autonomous robots and other devices. This potentially makes Europe less competitive at present, but it also allows for using the experience of other countries as a stepping stone.