Autonomous robots for the last mile (our main focus at LMAD) are only one of the many available solutions for autonomous deliveries. Besides robots, several other types of autonomous vehicles are currently being developed and tested, such as drones, autonomous trucks, and driverless cars or vans.

In this article, we’ll look at the different autonomous delivery solutions and their use cases, in order to put delivery robots in context.

Use cases for autonomous delivery: factors and considerations

Autonomous delivery use cases vary based on several factors, such as:

Here, we can differentiate between:

In addition to that, we have deliveries for the first mile, middle mile and last mile:

E-commerce deliveries are growing in volume and in impact, are fueling the market of autonomous delivery solutions, as well.

But payloads vary considerably and aren’t limited to online orders. They can be:

Volume and weight dictate the architecture of the specific solution.

The presence or absence of dedicated infrastructure changes the use case considerably, as well as the need to use public space or the possibility to limit the operations to a private area.

In most places, legislation for autonomous delivery solutions is in its infant phase, but it has a huge impact on current and future developments, and on what’s possible in a given use case scenario.

Autonomous delivery solutions vary considerably depending on the use case and its defining factors. Different vehicles are best suited to respond to different needs.

Delivery drones, or unmanned aerial vehicles (UAVs), can carry mail, small parcels, or medical supplies. They can be used to reach remote areas that are otherwise difficult to access, but in densely populated areas, their use is impractical for security reasons, and will probably be allowed only in exceptional cases, such as for organ transplants, for example.

Currently, Matternet in Switzerland and Zipline in the US (with operations in Rwanda and Ghana as well) are developing drone delivery solutions of medical supplies. Matternet’s operations were temporarily suspended after two accidents, but drone deliveries have resumed since then.

Some of the technologies used to develop unmanned transportation vehicles (such as in Airbus’ autonomous helicopter project, Vertex) are also used in drones, and vice versa. Key players in the development of delivery drones are Amazon with Amazon Prime Air, UPS, Wingcopter and Zipline. A number of investors, including DB Schenker, are supporting Volocopter, an autonomous drone capable of carrying goods up to 200kg.

Autonomous trucks with a high level of automation (level 4 automation or higher, in which the vehicle operates in self-driving mode) are currently being developed by companies such as TuSimple and Waymo, and might be on the roads in a few years. Those trucks typically cover the middle mile of delivery, i.e. the distance on the highway, and a human driver would still be present and capable of overriding the autonomous system, at least for now. 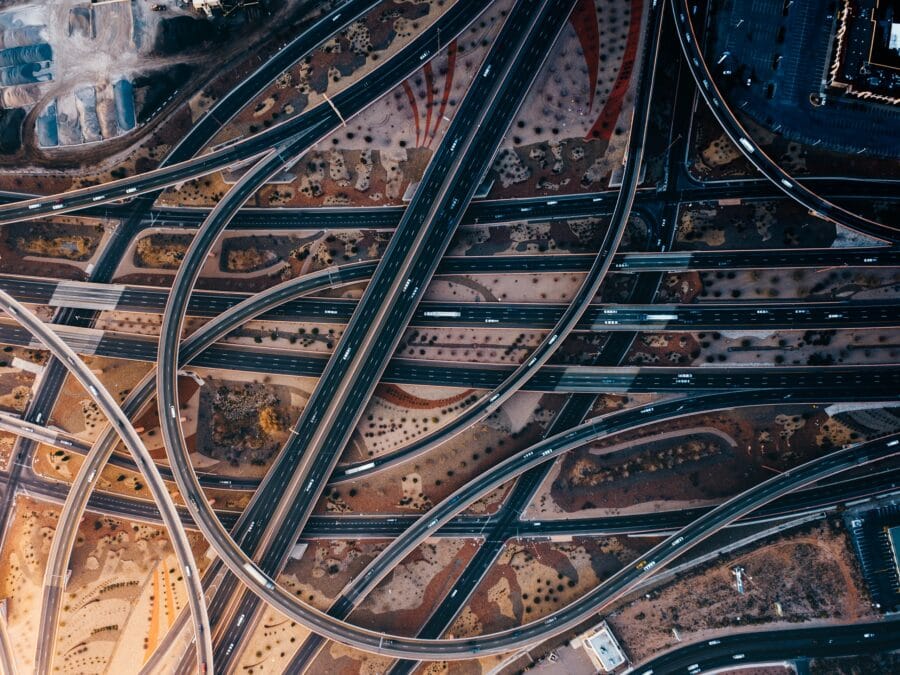 Truck platooning, which means connecting two or more trucks in a convoy with a fixed distance between them, is currently being developed. It uses autonomous driving systems, and will enable optimized logistics services. Truck platooning is possible on less complex roads outside of urban areas, and reduces carbon emissions and fuel consumption.

Autonomous delivery cars or vans pose somewhat fewer security risks compared to autonomous vehicles used for the transportation of passengers, but they’re subject to the same tight regulations. In fact, in many countries, blanket legislation that covers both types of vehicles is still in force, although this is changing.

Delivery cars or vans will use the motorway network, as well as secondary and urban lanes, and can be used for last-mile deliveries. Nuro and Udelv are key players on the market of autonomous delivery cars, while the Chinese e-commerce giant JD.com has rolled out a fleet of delivery vans in October 2020. Large-scale commercial use depends not only on the technology itself, but also on regulation and infrastructure.

With an average speed of 3-5 km/h, and payloads ranging from packed lunches to pallets, the delivery robot can mix with the population on sidewalks, bike lanes, or walking lanes, to ensure delivery of the last mile (or the last kilometer).

Autonomous robots need to overcome a number of obstacles, especially in densely populated areas, and are often subject to the same regulations as autonomous cars and vans. 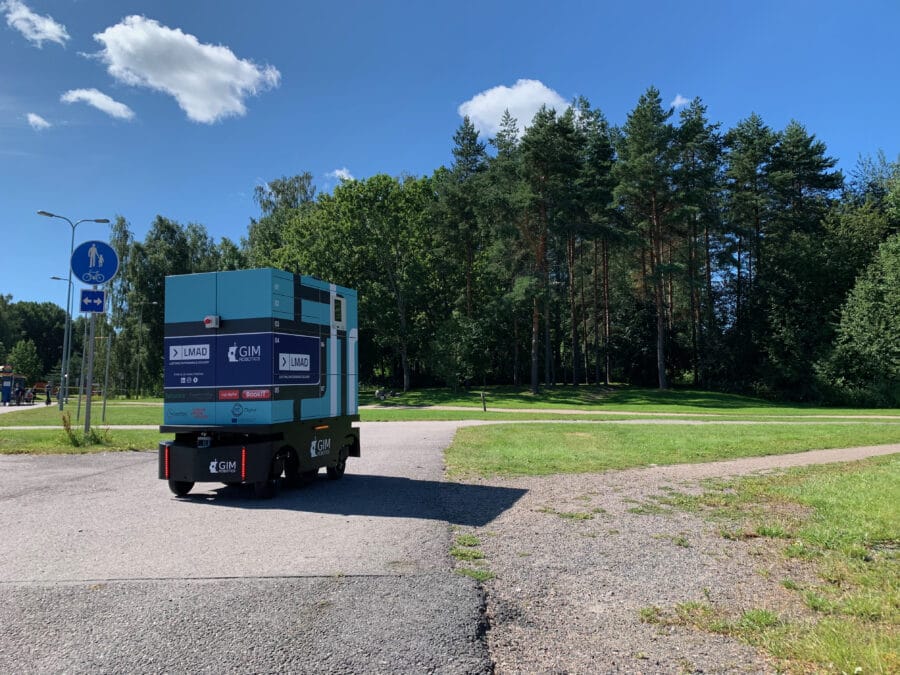 Even though legislation in most countries doesn’t yet enable the large-scale deployment of autonomous robots, testing and small-scale deployments are becoming possible (and necessary, in order to pave the way for scalable deliveries).

Besides that, autonomous robots are particularly well-suited for on-site deliveries in private spaces, for example in an industrial setting or at university campuses.

They can also be used for indoor deliveries in hotels or in hospitals, to improve service delivery or to minimize human contact. Co-bots, which are accompanied by humans, can be used in warehouses to carry heavy loads. Deployment on private grounds is faster and easier, as it doesn’t require the same authorizations as the use of delivery robots in public space does.

At the moment, we have three ongoing pilot experiments for delivery robots:

The first applications that meet a need and can fit favorably and quickly into a regulatory and social framework are co-bots and autonomous delivery robots, especially in closed areas. They can help:

The time-to-market of all autonomous delivery solutions discussed above is related to both regulation and their technical operational capabilities. To a large extent, safety considerations define the speed of development. The actual implementation of autonomous logistics solutions will probably begin with droids and delivery robots, then vehicles (cars/vans), then trucks, and finally, drones, especially in densely populated areas.