The future of urban logistics and transportation will most certainly involve the use of different types of autonomous vehicles.

And although the projected compound annual growth rate (CAGR) of the autonomous last-mile delivery market is at 24.4% for 2021-2030, the industry still has a long way to go before it can integrate smoothly into the urban fabric, and is currently facing a number of challenges and obstacles.

In this article, we’ll look into the main ones, and see how they’re currently addressed.

One of the most important challenges related to the near- and medium-turn future of autonomous delivery is related to the legislative framework that regulates the industry. Companies need to comply with a complex patchwork of ever-evolving legal requirements, which are different in each country (and even in each state, as is the case in the US).

The authorization to operate autonomous vehicles on open roads and in dense urban areas will take time; at the same time, cities are cautious about allowing robots on the sidewalks. Nevertheless, droids traveling at low speeds within the perimeter of the last mile will likely have a faster “time to market” compared to other solutions driving at higher speeds.

The legislative framework authorizing experimentation and deployment is the main factor limiting the use of these solutions. Still, it’s rapidly evolving both in France and at an EU level (with initiatives such as EU’s Connected and Automated Mobility, for example), which is why we’re expecting to see the first services in continuous experimentation and in operation in the next few years. In the United States, some autonomous delivery companies (such as Nuro) have been authorized to deploy several thousand vehicles commercially. 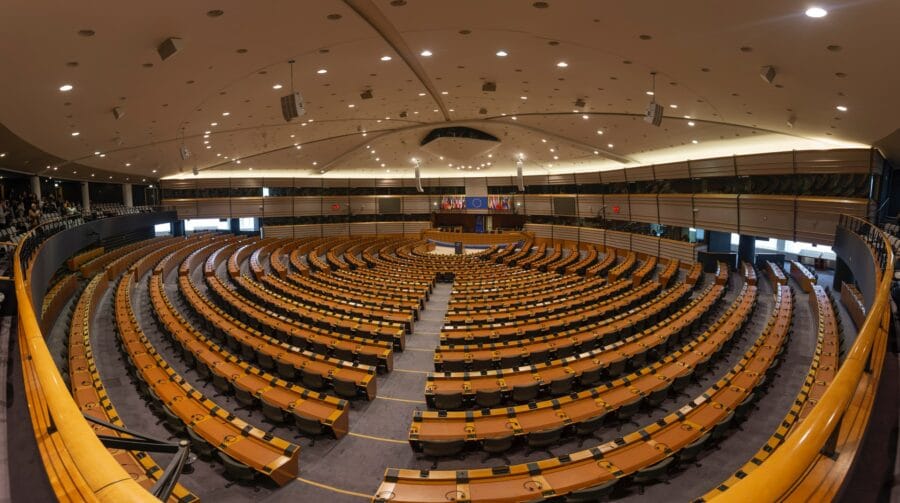 We’ve covered extensively the legal challenges that the autonomous vehicle industry is currently facing, so we won’t go into the details here.

Autonomous delivery faces a number of technological challenges, as well, which we could broadly divide into operational challenges, issues related to electricity storage and consumption, and the need to test for exceptional situations.

Let’s look into each one.

Each test or deployment phase comes with its own operational challenges, and while humans will always need to manage and oversee operations, they’ll no longer need to actually drive the vehicles, not even from afar, except for in exceptional situations.

Safety operators or virtual pilot supervisors will still need to monitor the progress of operations remotely and be able to take control of an autonomous vehicle in case it faces an unexpected situation (such as a sensitive road crossing, or the robot being stuck behind an obstacle).

OpEx costs will therefore shift from drivers to operators and supervisors and can be further optimized. One supervisor could manage between 1 and 10 robots, depending on the technology’s maturity level.

Business process outsourcing (BPO) is also on the radar of autonomous delivery companies looking to optimize operations (and their costs), by outsourcing resource-intensive processes to countries with lower labor costs.

Nearshore outsourcing, for example, would allow companies to hire remote pilots in locations that are geographically close, and in a similar time zone, to make operations more efficient and easily manageable.

The electrical consumption of autonomous vehicles and robots is also a factor that needs to be taken into account, and battery storage capacity is still a limiting factor. Additionally, battery production and disposal also need to be considered.

Delivery routes depend on a number of factors related to electricity storage:

Advances in energy storage, fleet optimization, and the availability of recharging stations will help solve these issues.

The automotive industry is currently looking at the same challenges in terms of energy storage, as far as electric vehicles are concerned. This means that autonomous delivery vehicles can benefit from the advances (and research and development funding) that are made for human-driven electric vehicles, because of the natural transfusion of technology between both fields.

Patrick Bernard, research director at Saft, identifies three types of batteries that could be developed in the medium term:

To this, we might also add sodium-ion batteries (also known as NIB), which, according to the Faraday Institution are a viable alternative to lithium-ion batteries, including for e-scooters, e-bikes, and light electric vehicles and robots, although not in the immediate future.

Autonomous delivery robots will occasionally encounter exceptional situations that are rare, but of critical importance.

For example, robots need to be able to react adequately when they meet an emergency vehicle. Ambulances, police cars, fire trucks, and other emergency vehicles that need to have priority in traffic are not frequent occurrences, however, except for in the most densely populated urban areas.

For that reason, testing is not a practical solution: given how infrequently autonomous vehicles encounter emergency vehicles, testing would need to be conducted over thousands of kilometers.

Cruise, a GM subsidiary company that is currently developing an autonomous robotaxi, is addressing this challenge by generating synthetic data. According to Sid Gandhi, the technical strategy lead of simulation at Cruise, “targeted synthetic data is about 180 times faster than collecting road data, and millions of dollars cheaper”.

In addition to that, autonomous delivery robots interact with countless other participants in traffic, such as:

All of these interactions are complex and their outcomes are difficult to foresee and manage. 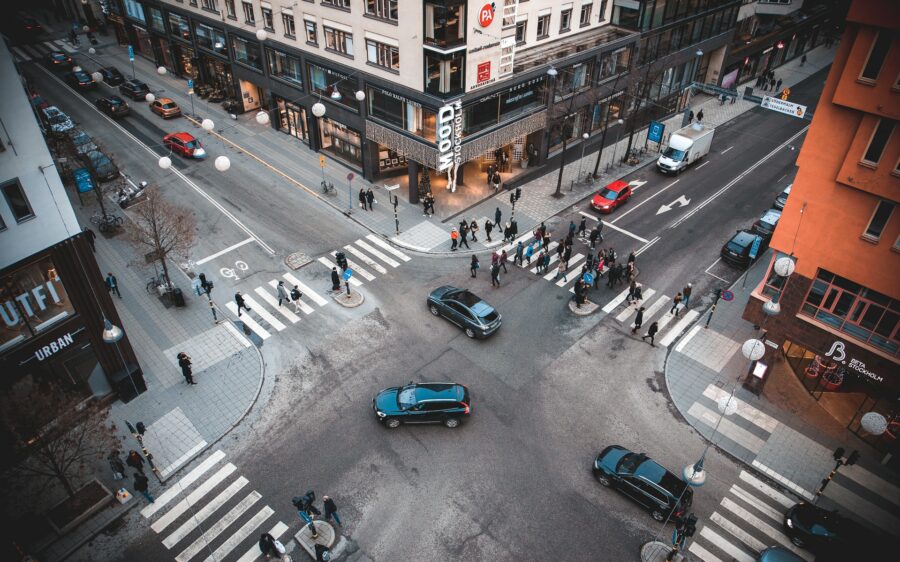 Urban environments present countless challenges because of their complexity

So, is there a need for dedicated infrastructure? Or should robots be able to simply navigate their way through cities and suburban zones?

Creating dedicated infrastructure for robots seems, for now at least, too big of a challenge, for a relatively small market, that is yet to reach its actual potential. Nevertheless, new legislation in France (decree 2021-873 from June 29, 2021) requires autonomous vehicles (up to and including Level 4 automation) to move in a dedicated lane or a pre-defined zone, starting from September 2022, and have a remote safety driver or operator.

Autonomous robots for urban last-mile deliveries, however, will likely need to adapt to existing city infrastructure and manage its challenges until dedicated infrastructure proves to have sufficient advantages in comparison to its costs.

Our robot in Helsinki, during the preparation phase of our latest pilot experiment

We have a multitude of issues that are related to the social acceptance of autonomous delivery robots, such as:

As more and more people encounter autonomous vehicles in their daily lives, the vehicles become more readily accepted, and seen as a safe alternative to human-operated vehicles. Perhaps not surprisingly, however, Price sensitivity, however, remains among the top factors that drive acceptance, according to a study of the German market led by S. Kapser and M. Abdelrahman.

The implementation of new logistics technologies will lead to changes in the value and supply chain, and to a massive reorganization of delivery processes, both in Europe and everywhere else.

New solutions around the organization of the delivery process are rapidly emerging, such as digitalizing the proof of delivery (after a locker is opened with the help of a PIN-code), optimizing fleet management, and piloting robots remotely, to name a few.

The logistics job market will also be transformed: instead of delivering parcels themselves, humans will be managing operations and services, i.e. tasks that have a higher added value.